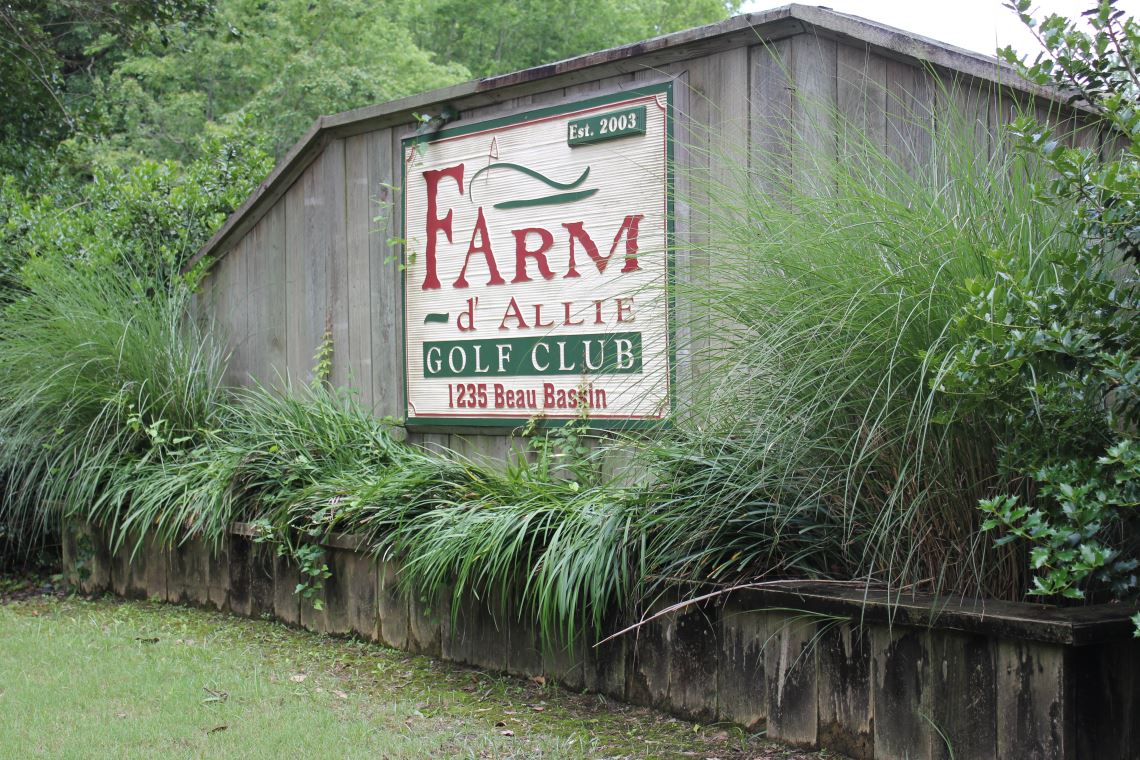 Comprised of 215 acres, much of the course is situated in what the Acadians called bottomland or Beau Bassin, which was once the riverbed of the mighty Mississippi. The upper bank, the Coteau Ridge runs north and south extending through several parishes. At this location the 55 foot elevation above, is the highest point recorded in Lafayette Parish. At one time this tract was used for growing cotton, soybeans, raising cattle, and a popular place for locals to ride their horses. Hence, the name "Farm d' Allie" is illustrated by the history of the land.

In 1997 Owner/Developer had a vision for a first-class practice facility in a serene and tranquil environment. In October of 2000, the vision became a reality and the doors opened to Farm d'Allie. The driving range is home to all levels of golfers and many area golf teams.  After the opening and success of Farm d' Allie, the vision expanded and construction began for an 18 Hole-Championship Golf Course. In February, 2001, that idea began and where you stand today is a result of somebody’s hard work, determination and love for the game.

Ready to Reserve your Tee Time?